Do not bite at the bait of pleasure, till you know there is no hook beneath it. - Thomas Jefferson

We got our first snow of the year. 2 days before thanksgiving. It's going to be a great winter season. 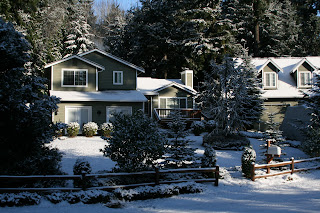 Happy Thanksgiving from GrizzLee, "Looksha" Lori , "Yukon" Johann, & Kamiah
Until Next Time....
Posted by GrizzLee at 10:59 AM No comments:

Good to see you 'round here
Old pal, old friend
Just falling through
The rice paper map of your life
And the bye-bye days
- Kim Beggs (Old Pal - Streetcar Heart)
During our paddle adventure on the Yukon River in 2007, Johann and I had the opprotunity to meet up with Kim Beggs along the river. Our paths crossed at one of our favorite places in the world, Fort Selkrik. Since that time, we have been mesmerised by Kims music. Her music is drawn upon real life experiences. Whenever, we want to take a mental trip up north, we listen to Kims CDs. Songs such as "Carry My Guitiar, Fury, Wanderer's Paean, Banks of the Yukon, Heartache Shoes, etc...  paint a stunning visual image of life in the north through her music. Her music has a timeless quality about it. We recently had a chance to catch up with Kim at the Rogue Folk Club in Vancouver, Wa.

Johann was excited and was using the opprotunity to add to his school art project. The concert was also his birthday present. Johann is our little goblin born on Halloween. 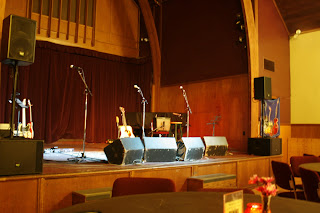 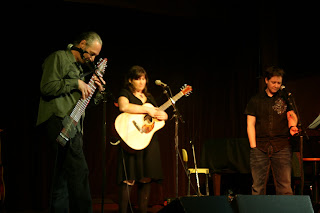 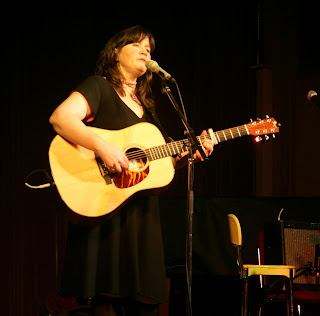 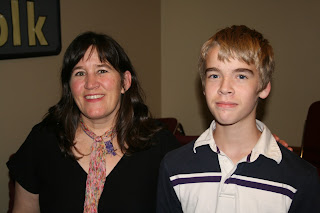 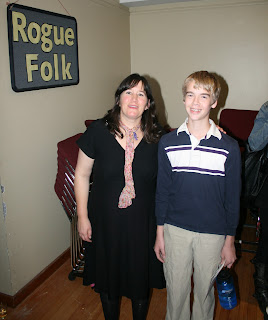 We will be heading back up north, possibly the Yukon for 5-6 weeks next summer. Maybe we will see Kim at the Dawson Music festival or on the river again.
Word is that Kim will be passing this way again in March. Maybe we will have a chance to see her live in concert again.
If you get a chance, visit Kim's Webpage. http://www.kimbeggs.com/
Buy some of her music. You won't regret it.
Until Next time....
﻿
Posted by GrizzLee at 10:42 AM No comments: