Father-Son Day Ride to the Mountains

The weatherman told us that we were to get some very good weather this weekend. So we all pitched in on Saturday and did many things that needed attention around the house. Like getting  the yard mowed, cleaning the roof, decks and walkways. If that wasn't enough, we had to rebuild one of the garden beds and spread new bark, all this after ripping out the old stuff and trimming the trees. After spreading weed killer and moss out on the roofs, we had enough and evening was upon us.

Sunday came like a dream. Wam sunny weather and a lonely motorcycle parked in the garage just begging to be ridden once again. So, Johann and I packed our gear, with help from Lori (did I mention she is awesome... the best), and we were off to the North Cascades Highway for a dreamy ride up to the "garden". Although the road is still closed due to snow, we can get as far as the Ross Lake trailhead. The views from there are more than worth it. 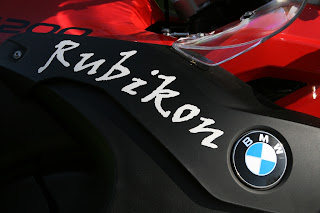 Gretchen was clean, ready and able... as usual. She was flaunting her logos in a teasing manner. What man wouldn't want to ride her. 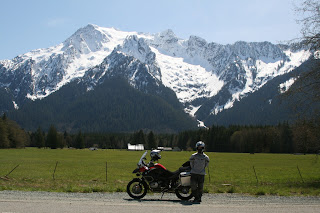 The mountains and glaciers just outside of Darrington. Look at that avalanche chute. Just last week we had nearly 2 feet of snow fall on the cascades. They are stunning in white. 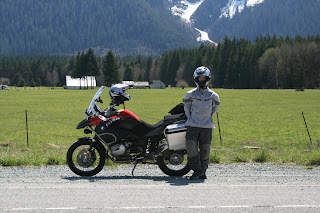 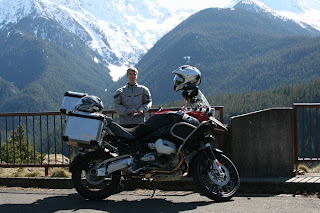 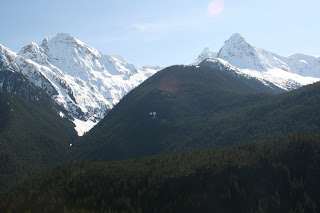 Look at them mountains!! 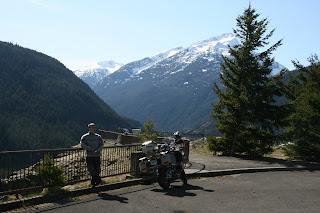 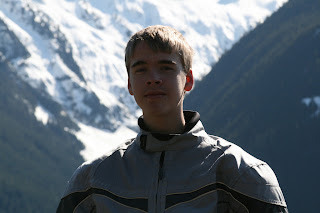 No longer a boy I tell ya, but the beginnings of a man.  Look closely, you can just make out the start of a moustache. 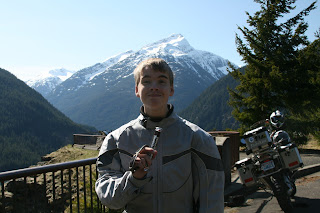 Our local mountain man and reporter.. Yukon Johann. Giving us more news than we need. 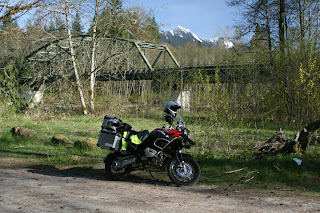 Gretchen taking a break after running her boys up and then back down the mountain passes. She purs like a kitten and never complains. 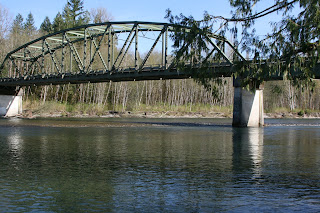 This is the Sauk river. Must come back to paddle her waters some day. They sure look inviting. They are just waiting for the blades of our paddles to cut through her clear rippling waters. 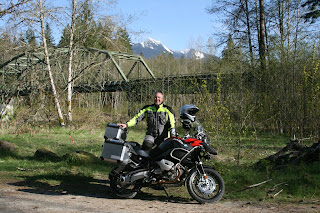 GrizzLee posing. The bike makes the man look more than what he really is; That is a geeky.... HEY! Let's just leave it at that. OK! 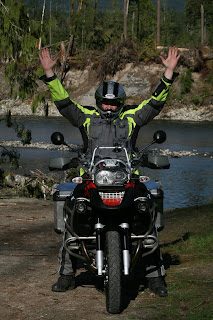 A successful water crossing. A first for Lee and the bike. 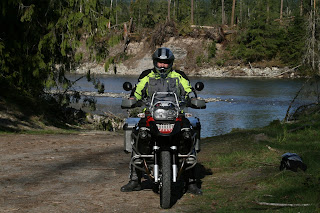 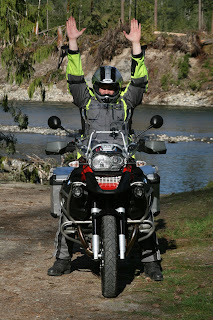 Touchdown. This is after Lee does his first "Evel Knivel" jump across the river! Wooohooo!!
﻿ 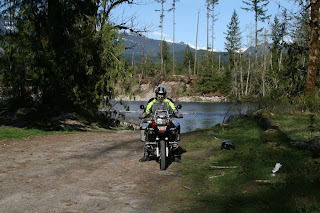 Seriously, this is the boat ramp where fishermen put their drift boats in to fish for Salmon, Steelhead and old boots. See the snow on the mountains. Beautiful country.
We got home just in time to hear news from our president, that Osama Bin Laden has been killed by US forces in Pakastan.  That was icing on the cake and nice ending to a great day in America.
Gratchen now has nearly 10,000 miles on her odometer.
Until Next Time.....
Posted by GrizzLee at 9:51 PM No comments: