Time spent at home on nice weekends is time misspent. It was time to go to the coast and see what nature has to offer. The weekend was looking good, albeit, a bit on the chilly side. However, it was a good time to pack the tent, the sleeping bag, the stove, some warm clothes and the camera. With the mountains still full of wintery wanderlust, no passage could be secured. My soul began to wander towards the coastal regions of the state. I am no matelot, but rather a fully seasoned skipper and my 2 wheeled vessel was tugging me westward. But to sail as the crow flies on this journey would have been a mistake. There is much scenery to plunder and many beautiful ports of call. So it was. I left the hustle and bussle of the Seattle's crowded harbor to make like the wind to the shores of the southern Washington coast. Places like Cape Disappointment, Dismal Nitch, Beard's Hollow and Gray's Harbor beckoned me. More delightful names they could not be, but when the sun is shining on the sea, one would be hard pressed to find a more beautiful place to sail overland in the winter. 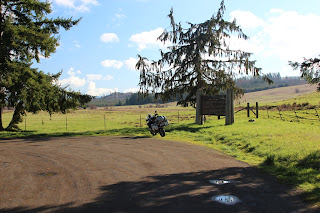 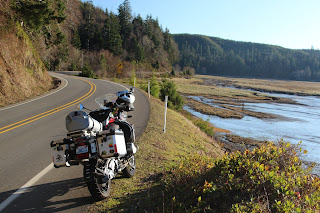 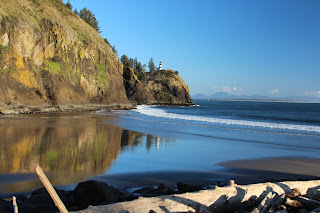 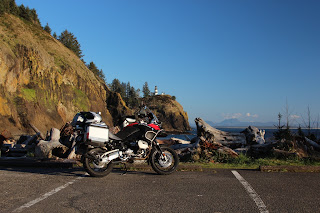 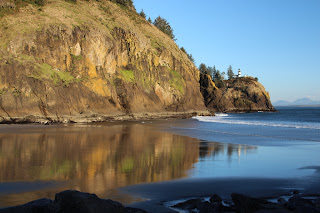 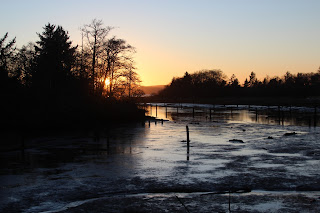 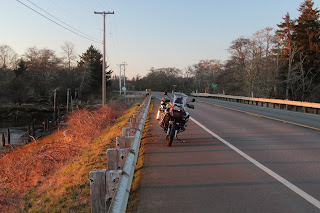 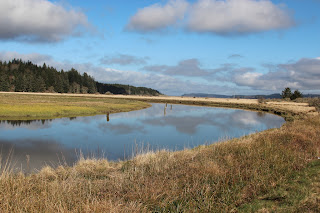 The sun came out for good north of Gray's Harbor and I had a fantastic cruise up the northern coast, touching Quinalt lake breifly before I head back to the Olympic Coast. I got side tracked by some fellow sailors who where out commanding their own two-wheeled vessels. They recognized me and my bike from my you tube videos. It's a small world they said. As one of them just watched my riding videos to Bella Coola B.C. that morning before setting sail.
I knew the weather wouldn't hold for another day, so I followed a fellow BMW R1200 GS rider and his wife (riding two up) back to Port Angeles. I arrived back at my home port on the east side of Lake Sammaish at 9:00. The temperature had just starting dipping below 40 degrees. Thank god for the invention of heated grips.
Until Next Time...
Posted by GrizzLee at 2:02 PM No comments: