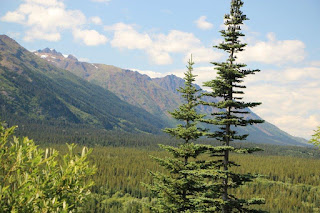 After the spiritual experience at the Salmon Glacier, the weather really turned for the best. I left Joe and Chip at Dease Lake. They were taking a side trip down the Stikine Canton to Telegraph Creek. I can personally testify that this is a great ride and personal favorite of mine. However, this time, I wanted to make time to tackle the Canol Road and wrap up some unfinished business up north. 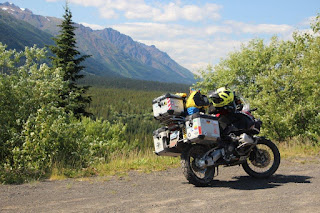 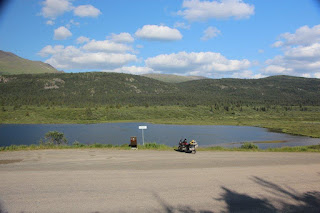 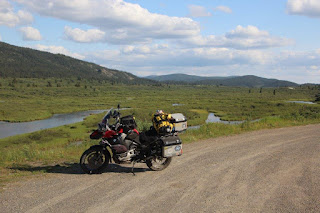 I left Dease Lake heading for Watson Lake, Yukon and points north. Along the way, I would pass by several scenic lakes and rivers. 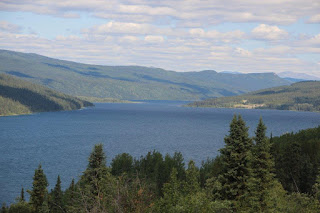 A stop at Jade City is also a must. In my many years of traveling North, Jade city has always been a favorite. Free coffee and hot cocoa has been a blessing for those times when I pulled off the Cassiar in adverse weather.   The Jade City region is home to 92% of the world's nephrite jade. The grounds around the store are interesting to tour with its antique dozers, excavators, dump trucks, mining cars as well as big samples of Jade rock being cut up on diamond saws. Inside the store, you may meet the owners and see beautiful carvings of jade figurines (bears, moose, goats, etc..) as well as jewelry. If you are lucky, you may appear the reality TV series being filmed there known as Jade Fever. Jade Fever documents the mining efforts of the Cassiar Mountain Jade Store, and the Bunce family. They mine hard rock deposits and placer deposits left by glaciers for over 40 years. 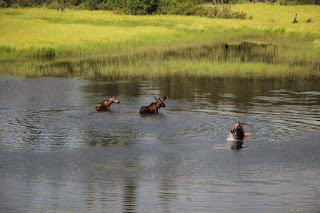 From there I made my way up past Good Hope Lake and then up to the Yukon Border. Beyond Good Hope Lake, the trees and terrain take on another look that is more akin the Yukon. The trees, flora and fauna stay consistent from this point on until one reaches the arctic area. Before leaving the far northern border of British Columbia into the Yukon, I was greeted by a friendly black bear. This was but one of the numerous bears I saw along the Cassiar Hwy. 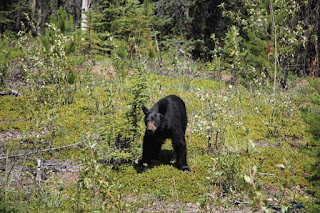 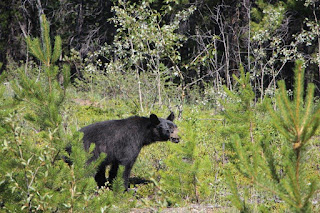 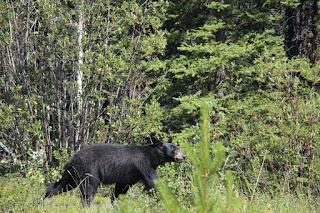 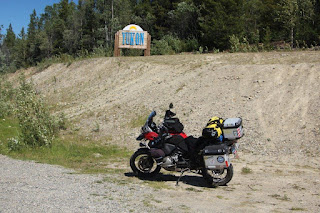 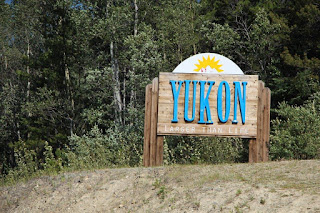 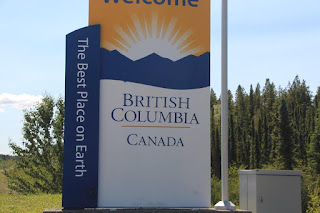 Once in the Yukon, I made my way over to Watson Lake. I stopped in at Kathy’s Kitchen, which is the best restaurant in Watson Lake. Watson Lake isn’t all the big, so there isn’t much to choose from. I had a burger and fries along with some good company. I met two fellas form Germany who were touring a big chunk of Canada on a budget!! We chatted a bit and they wished me luck.

It was now mid afternoon… or maybe later… time becomes somewhat irrelevant in these northern climates with long summer days full of sunshine. However, I noticed a humongous column of smoke in the direction I was heading, up the Robert Campbell Highway.

I took a quick ride through the Sign Post Forest to the visitor Center. The Sign Post Forest is a collection of signs at Watson Lake. It is one of the most famous of the landmarks along the Alaska Highway started by homesick GIs in 1942 whom erected the signposts for their hometown usually 1000s of miles away. Visitors have added their own signs to “forest”. Current count has the number of signs approaching 100000. 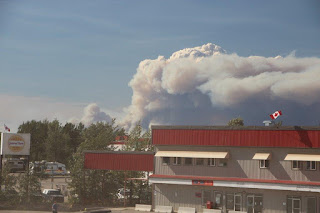 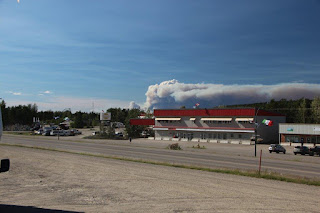 Now, back to that fire I was witnessing. It was huge. I inquired at the visitor center about the road conditions and was told that the Robert Campbell highway was still open, but that I would be passing through a very heavy cloud of smoke… eeek!! It was all caused by lightening. I managed to get some video of the event as I rode through it. Day became night and the sun was blocked out.  From there I made my way to Simpson Lake and then up to the Nahanni Range Road junction. (Side note, the Nahanni Range Road is a road that I rode up three years previously. It is an amazing ride into the heart of some of the loneliest lands I have ever experienced. I rode it solo and there are no facilities (400 mile round trip without fuel stations). I plan to go again, but next time with a buddy for safety reasons (it’s remote and full of grizzlies) and more than 2 days to explore.).

It was now getting into the evening and maybe even a bit later. I was hoping to make my way to Frances Lake for the night. However, I was continuously distracted by the beauty of the mountains, ponds, lakes, rivers and the wildlife I saw along the way. The Robert Campbell Hwy is a highway by name only. Rest assured, it is a wilderness gravel road and it became quite narrow at times and I noted more than 5 bear sightings along the way. I was having a great time soaking up the sun, the warm weather from the seat of my bike. It was a great day. 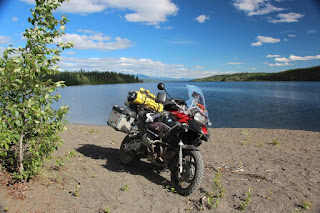 I eventually pulled into Frances Lake Campground. I was able to snag a lakeside campsite next to a Dutch couple who live in the Yukon during the summer months. The lake itself, is the largest lake in Southeast Yukon. Several rivers and creeks flow into Frances Lake, forming extensive deltas. It was stunningly beautiful in the evening sun. The evening was surreal as I cooked my meal and enjoyed a cigar, sharing a beer while sitting around a campfire looking down the big lake. It was a big day of riding, my spirits were high and I looked forward to an even bigger day tomorrow.

The next day started out fantastic. The warm sun coddled me as I lay in my tent with my tent door open to full views down the lake. PERFECT! I made some breakfast, packed and said goodbye to my Dutch Campmates.

Stay tuned for Part 2 of GrizzLee Stories From the North : Episode 4 - Good Times, Good Friends, and Good Road
Posted by GrizzLee at 1:59 PM